Why Did America Lose Its Way? 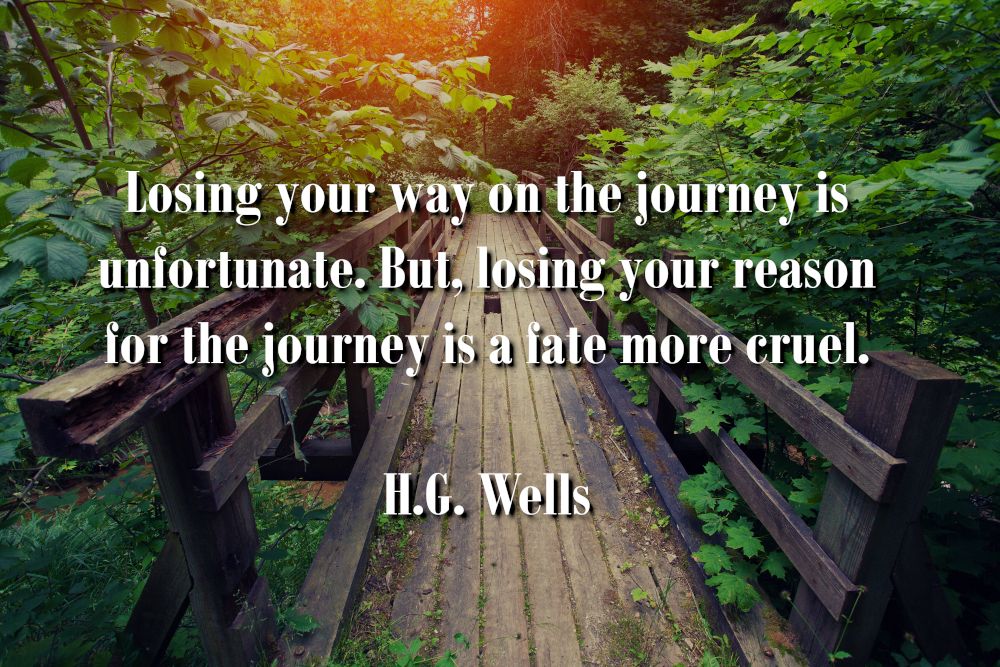 Has America gone off the tracks? Over the last few months, I’ve heard from many on both sides of the political aisle who feel the heated rhetoric of the previous six years has left them without a political home or identity. As the two parties have entrenched against each other, the divisions have grown stark among citizens who view each other skeptically and with deep distrusts. Not so long ago, people across political spectrums disagreed with one another but generally co-existed or even thrived. It’s not hard to identify where the chaos started.

After World War II, the country had a general sense of unity and relief. The government did some amazing things. The interstate was established, the space program inspired the country, and the internet transformed communications and business. By the late 1960s and 1970s, things unraveled. The Vietnam War was raging, the economy and inflation were out of control, and President Lyndon Johnson enacted the Great Society. For the first time, lawmakers began instituting programs that helped facilitate the transition from independence to government dependency.

The financial cost was a shock to the system and to many Americans. In 1961, actor Ronald Reagan went to the airwaves to warn about the excesses of government. He said that in 1927, American socialist Norman Thomes acknowledged the country would never accept socialism. Yet, under the guise of socialism, they would accept pieces of it. The introduction was through medicine. He noted that advocates would appeal to people on emotion, not facts, such as, “What would you do, throw these poor old people out to die with no medical attention?”

It’s an emotional rationalization that led to the massive expansion of government over the last 60 years. The cost has been steep. America’s national debt has rounded the $31 trillion corner and is fast moving toward $32 trillion. In fiscal year 2019, entitlement spending comprised 56% of the federal budget. Earlier this week, Sen. Joe Manchin (D-WV) again warned that Social Security, Medicare, and Medicaid were on the fast track to financial failure under their current models. In 13 years, Social Security is on track to insolvency. Medicare and Medicaid are only a few years out.

As Republicans began looking to address these problems 30 years ago, liberals targeted them. They claimed conservatives wanted to throw granny from the cliff, starving children, and other ridiculous suppositions.

Still, entitlements aren’t the only problems. So are trade, illegal immigration, public education, and exploding crime under the leadership of liberal politicians.

It’s not hard to see why America lost its way.

For over a century, the Left has successfully moved the goalposts from the original intention of the country’s founding. Some liberals claim it’s time to move on from the Constitution, initially ratified in 1787. They say we need to catch up with the rest of the world.
Is that true?

Here’s the problem. The Bill of Rights lays out clearly the path for America. It ensures the people control their government, not the other way around. Many don’t realize that seven of the ten Bill of Rights tell the government what it cannot do. It can’t restrict your right to speak out against the government or protest it. It can’t restrict your freedom of religion. It can’t arrest you without telling you why and ensuring due process. The list goes on. I encourage you to take a few minutes and read it.

Nonetheless, liberals have found a way around the spirit of the Constitution to control Americans. Since 2019, left-leaning tech giant CEOs have taken it upon themselves to censor conservatives. As a non-government entity, they can control who is on their platforms and what is said. Yet, some Constitutional scholars argue social media and the internet are the new public square. One day, the Supreme Court may have to decide on that issue. For now, it’s a cultural battle.

So, what should the conservative response be?

Is it to use the government to fight back and, in turn, create more controls to prevent the Left from instituting its radical agenda? In some cases, that may be appropriate, but it should be rare.

Again, the path is in the Declaration of Independence and the US Constitution. While some argue it’s outdated, it’s far from it. History has a way of repeating itself. In many regards, what’s happening today isn’t so different than the era from the 1750s to 1775. They understood in 1787 that even a limited government full of checks and balances would seek to find ways to acquire more power and intrude into its citizens’ lives. They knew that liberty was difficult to obtain, even more difficult to maintain, and extremely easy to lose.

Americans have lost sight of the two most important documents that formed the greatest nation on Earth. That’s led people on both sides of the political spectrum to embrace ideas that threaten America’s future. In 1784, Edmund Burke said, “The people never give up their liberties but under some delusion.”

This is why America has lost its way.

Only one political philosophy I know of empowers people to pursue their dreams and fulfill their God-given potential through their skills and talents. Only one encourages open dialogue and debate. Only one ensures government doesn’t overstep its boundaries.

I hope you’ll join me in learning more about conservatism’s strengths and weaknesses and contrasting its results with liberalism. Along the way, we’ll discuss, debate, and disagree. This is what America is all about.

If you don’t already, join me on Facebook. I have a private group and a public page. Feel free to join the one you feel most comfortable with. I post daily, sometimes more, about current events and their relationship to conservatism.

I hope you’ll join me in the conversation.