Why the Partisan Culture Must Be Destroyed! 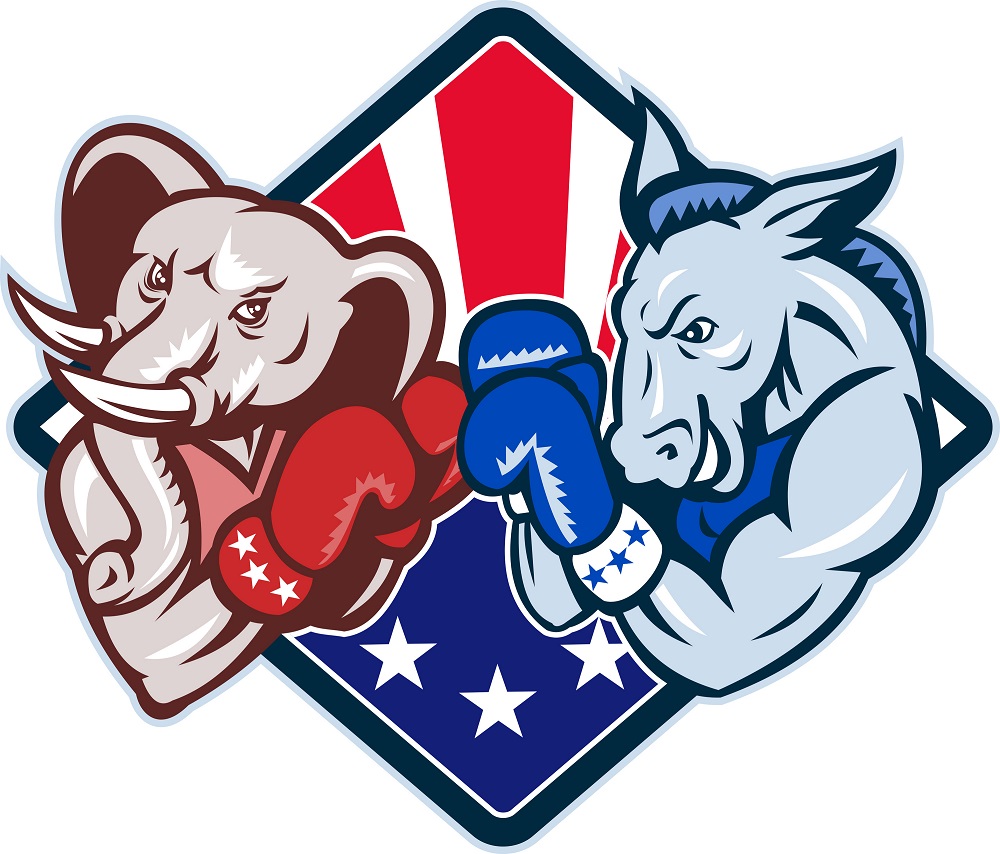 Over the last few decades, too many have lost family and friends over partisan politics. In George Washington’s farewell address to the nation, the first president warned current and future generations of the dangers of political parties. He stated that people (politicians and voters) would become beholden to them instead of the Constitution or the country. Still, the work of government must get done. Part of earning votes and passing legislation is building strong enough coalitions to gain a consensus. Isn’t it only natural political parties and partisanship would form?

In a Republic, political parties are unavoidable. While many voters are unhappy with a two-party system, three has proven not to work when it comes to building enough consensus to vote someone into office or pass legislation.

So, in and of itself, are political parties bad?

Still, the toxic atmosphere of the last twenty years suggests something is wrong. Perhaps it’s time to destroy the partisan culture, which is unhealthy for a thriving democratic republic like the United States. There’s too much rage, cancel culture is out of control, and censorship has no place in America.

Can Conservatives Pave the Way Forward?

How do we destroy a partisan culture in a political environment where people are entrenched in their camps?

Is it even possible?

Are the issues really divisive, or are people on both sides blindly following a path set before them without understanding the what, why, or how of them? Perhaps it’s a bit of both.

Regardless, some issues are worth fighting for, and I’m not suggesting we shouldn’t. I’m arguing there may be a better way to do it than we’ve been doing.

I contend that keeping a two-party system without the vitriol and hyperbole is possible. I travel around many social media circles daily. I have found that conservatives and liberals are one and the same regarding their attitudes, irrespective of their political differences. Each side is angry at the other, and voters are pushing and empowering politicians to the extremes of each side. In turn, the political environment only becomes more toxic. Voters manipulate politicians, and the political establishment manipulates the voters. Ultimately, it’s a mixed bag of chaos that goes in circles.

Conservatives should hold firmly to our political beliefs. I am not suggesting we should compromise our core principles.

Conservative principles have repeatedly proven to cure much that ails our nation. It can solve the problem of homelessness, poverty, and expensive welfare programs for those willing to putting in the hard work to overcome obstacles and challenges. Conservatism can restore civility and liberty while also creating a culture that doesn’t tolerate crime. It can help education get back to the basics of teaching ABC and 123 instead of taking on paternal roles. It can empower people to fulfill their God-given talents to make society a better place. It also has the capacity to hold people accountable for their behavior while respecting a person’s and society’s dignity.

Over the last 14 years, we’ve experienced the power of the Left from Barack Obama to President Joe Biden. Democrats have held the power of Congress since 2018. Things have not gotten better, they’ve gotten worse, and our country is more divided than ever. As a Trump supporter in 2016 and 2020, I admit he was also part of the problem. Yet, this needs clarification. His policies were correct in most regards. Yet, his tone was often harsh, angry, and divisive. It started in 2015 and has continued since. It harmed his ability to break through to people who would respond well to his policies but couldn’t get past how they felt about him. The reality is that personality, policies, and politics all go hand-in-hand, and one influences the other.

I realize many clamored for a Republican to push back against the hyperbole of the Left. They alleged long before Trump that we wanted to hurt the elderly, starve kids, and cling to our guns and religion. Many Democrats say we’re all deplorable, insurrectionists, racists, and xenophobes who will destroy the country if voters elect conservative candidates in less than two weeks. Does it ever end? I admit I have been angry for years at the Left for accusing us of something we are not. These attacks are highly personal and deeply irresponsible.

Since Biden was inaugurated in January 2021, I’ve experienced the emotions of people on both sides. It’s ruling over voters and politicians instead of common sense and logic. If we, as conservatives, can restore civility, we can win back the opportunity to govern for many years and decades to come.

This doesn’t mean we roll over and act like doormats. Ronald Reagan was a great example of how to push back without turning people off. He appealed to greatness, inspired the nation, and won two landslide elections for a reason. Reagan tapped into the heart and soul of America. He challenged Americans to see the country as a beacon of hope and opportunity. He was empathetic and understanding yet firm, decisive, and strong.

Some humility would go a long way in persuading those on the other side. I’ve found that far more Democrats agree with me on many issues than disagree. We have to start somewhere. I’m not always perfect in my responses. Yet, what I’m experiencing is that I’m earning an ear from some on the other side. You might be surprised how many respectfully engage when they are shown respect during contentious debates.

In the end, that’s all most people want, especially in these challenging partisan times.

Here’s the key… we must be more informed than others on civics, how government works, and history. For example, in 1877, President Grover Cleveland used conservative principles to push back against government intrusion, which ultimately helped farmers far more in times of desperate need. It takes work. As conservatives, we cannot just sit back and scream that the country is dying. We must put in the work. We change America for the better, one citizen at a time, not one politician at a time. Remember, they are a reflection of the culture we create. If we change the environment through persuasion instead of strong-arming or manipulating people, we change politics.

Conservatism works, and history is the reminder. Still, we must also admit there is a place for government in our lives. The question is, how much and deep?

Let’s have the debate, but do it in a way that people can agree or disagree without heads exploding. It may not be possible. There will always be extreme partisans, deep passions, and unreasonable people among us on both sides. Yet, I believe they are not the majority.

Let’s show people conservatism, not just talk about it.

Too much is at stake not to.